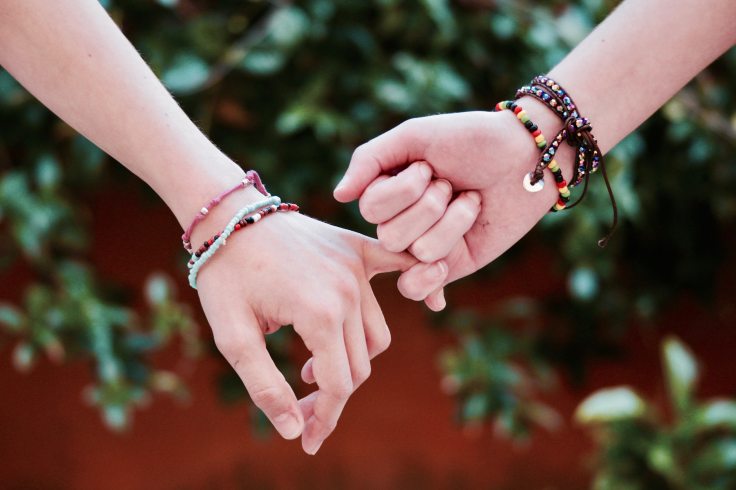 As I’ve examined my beliefs about my family, I’ve realised that some have outlived their usefulness. Others were things that I’ve never really believed in my heart or soul and I see now I’ve been carrying around for someone else, most notably for the women in my family who have come before me.

I don’t need to do that anymore. Which is incredibly enlightening. Both mentally and physically as I’ve been able to let go of a lot of stuff that just wasn’t mine to carry. And it’s helped me see more clearly what I want to pass on to my girls.

Being a parent is the hardest job in the world. For a long time in my life I didn’t want to be a parent. And then once I came around to the idea, both times when I was pregnant, I hoped I would have boys as I didn’t want to have the relationship I have with my mother with a daughter. Of course, the Universe had other ideas and gave me two incredible girls. Yep, not just one chance to screw up a mother-daughter thing, but two. Who says the Universe doesn’t have a sense of humour??

And so, with my girls, I do what many women do and try to have the relationship I wanted with my mother. We talk about anything and everything. No holds barred in a judgement free zone. And we have fun adventures together. Of course, sometimes my girls think I’m over the top and a bit too much. I’m not perfect. I’m doing the best I can. I’ve always been clear about the fact that I’m not perfect with them and that I screw up often. Maybe I don’t give them the relationship THEY need, but only time will reveal that to us all. They know I’m here for them. Holding space as they grow and develop into their own people with their own values and beliefs, which may not necessarily be aligned with mine. But I will still love them, no matter what.

I have always looked at them as a gift that is on loan for a short time. I only have them in my life for a few years as daughters to teach or guide before they will go their own way, making their own decisions, taking their own risks, and choosing their own paths. Each day I have with them is a gift. I don’t take those days for granted. I know they are rapidly coming to an end, especially for my 17 year old who is about to finish high school and will soon be embarking on her next life adventure.

Every person who comes into my life is a gift. Those I love even more so and I cherish the time I have with them. But I don’t possess or own anyone else. I know they are on loan to me. I can’t control them or their actions or how long they stay in my life. All I can do is be me. Maybe they’ll stay for a short time or maybe for a long time. Again, only time will tell.

This past weekend I saw the new film Mamma Mia: Here We Go Again at the cinema with my daughters and two special friends of ours, another mother-daughter combination. When the first movie was released in 2008, my girls were 7 and 4. In the intervening ten years, it’s been a firm favourite in our household on DVD. So it’s no wonder that when the sequel came out, the girls asked to see it opening weekend.

It’s a lighthearted, joyful film that I went to for a bit of fun and entertainment. But as the film progressed, I realised yes, it’s lighthearted and fun, but it’s also a love story. Not a romantic love story (although there is that angle to it) but rather a love story between mothers and daughters. And that bond that somehow, even in death, is still there. Whether they see eye to eye, or not.

By the time we got to the scene in the church (I won’t spoil it for you), both my friend and I looked at each other with tears in our eyes in the cinema. We had our three girls between us. The girls were all dancing in their seats and singing along to their favourite songs. These are three amazing young women who we’ve been privileged to be a large part of their growing up years, but we know their childhoods are dwindling and they will soon be flying the nest. Our relationships with them will continue to change and alter as we, and they, age.

As I watched the movie, I saw how my life has paralleled the main character, Donna’s (although unfortunately there’s been less ABBA music!). Early on, I moved away from family who I felt did not understand me, traveling the world, eventually settling on an island. I’ve always had at least two amazing sidekicks, close friends who stood by me when I haven’t felt the support of my family. In fact, my friends and female tribe members have really been my family for many years and have helped me raise my daughters. My girls have been able to carve out a relationship with my mother that I haven’t had. And all the while, I’ve raised them to the best of my ability with what I’ve got.

In my case, that’s a big heart, a sense of adventure, lots of compassion and empathy and a lot of skills handed down to me by my mother and those who came before her. Those values are mine and I hope I’m passing them on.